There are many times to where I am amazed at the way Justin thinks. We’ve been talking about doing things that make him happy. At first Justin did not want to do Marching Band. But once he gave it a shot he fell in love with it.

Because the upperclassmen doesn’t like the new Marching Band teacher most of them wants to quit.

So I asked Justin does he want to quit?

His response: ” No, I’m not quitting because I don’t like the teacher, I’m doing Marching Band because I Love Music”

Despite what’s around him he plans to continue to do what he loves. He doesn’t like the negativity of his friends talking about the teacher so he said he just listen and does what’s best for him.

I said Wow Justin, it takes some people years to learn how to do things for what they have a passion for and not follow others.

He said, well you teach me to do what I love and stick to it. You also allow me to be myself and do what makes me happy.

That was truly a proud Mommy moment. Sometimes I question if I’m doing a good job and from the talks of it. I am. 😊

Do It! Because it’s What You Want to do!!

Set a goal and just accomplish it. All goals will not be easy to accomplish but as long as you try and make a way to make your goal happen you will be victorious. 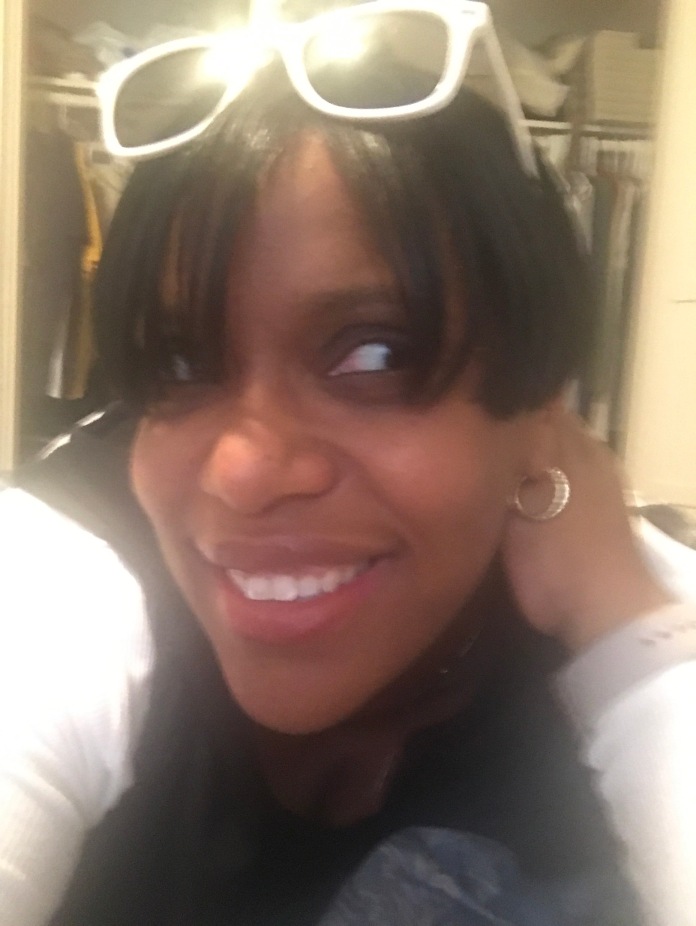 It’s not easy to love but when you encounter it. It’s truly magical and something that is out of this world. I never thought I could love like this. I would give my all to him and for him. He is my reason why.

Justin came to me as I was getting ready to leave out for work as I knew he would, telling me in a passionate way that I was abandoning Lucky. I sighed and explained to him that I am not and that I’m giving him to a family member and that if he wants to see him he can always see him becauce he’s with family. He didn’t buy it. He looked like he wanted to tell me off.

His face was red from crying. I felt like the bad guy for the day. I don’t like it when he starts his day off in a bad mood especially if it’s caused by me. He want back into his room to calm himself down before school. Before leaving out I asked him to give it time and think about what I would like to do and he said he would.

He then cry and yelled  “you know you are abandoning him, you had him since a baby and then you’re just going to give him away like that. It’s so easy for you huh”

I’m not good at arguments because I have a bad habit of laughing when I’m mad. So I laughed really loud and told him to have a good day and that I will talk to him later. Im praying that he’s okay by the time I speak to him.

Justin called me as usual when he got out of school. He’s a whole  new kid when I speak with him. He’s said ” oh mom I gave a lot of thought and you can give uncle Keith Lucky. I can always go and see him like you said. We can also get the dog you said I can get so Isis won’t be alone” 🙄😔😒😏😬 Yes I made all those faces.

I’m glad he understands but he’s not going to leave me alone about having a dog now. He has a really good memory 😔.  I’m going to have to replace Lucky with something else. Hmmm🤔.

The story continues because just as I thought he was okay with things. He’s not! 🙄

Monday I decided to give my male cat to my brother. He wanted another cat and I am tired of Lucky so I was happy to let him go. Here’s the thing my brother is currently staying with me so he can save up enough money to move down south. So, he agreed to take Lucky with him being that Lucky gets along with his cat Cleo… Yes I have 3 cats in my house and I’m not happy about it 🙄. One is enough.  I only got Lucky because Justin guilt tripped me into getting him.

I had to either produce a sibling or a playmate for our female cat Isis (We named her way before we knew about the terriost group).  I’m not ready to produce another child just yet so I went with the cat. He reminds me every so often that I’m the reason why he’s lonely. 😒😂

Justin is too cute when he’s reasoning.

The following morning I decided to tell Justin that I’m giving Lucky to his uncle… He bursts out into tears. I knew I messed up when he started crying. So he decided not to talk to me and went straight to his room. I was going to go talk to him but I knew when he’s ready he’ll come and talk to me.

I have to go now.. I’ll finish the story in a few.

The Saga of Lucky

There are something’s and people in our lives that we must let go of. It’s hard letting go people you care about and want the best for them. I was having a hard time undestanding that by letting them go I’m not giving up on them.

Letting go does not mean you’re giving up.

It simply means what is says. I’m allowing them to be them and letting them be them without me in their life. I’m wishing them the best and cheering for them from afar…

I’m not giving up I’m just letting them go.

I’m sitting here reflecting and thinking about how much Justin has grown. He’s so independent and take ownership of his own learning. He cooks, cleans, and follows all the rules. Sometimes he doesn’t clean up after himself but thats typical teenager behavior. I can’t complain about my kid. I feel like I lucked up with a good kid.

Every year since Justin understood what birthdays were I would have someone in my family or his dad remind Justin it was my birthday. This year was the first year I didn’t have to have someone remind Justin that it was my birthday. He walked about his room, sat next to me on the couch, looked at me and said “Happy Birthday Mom” I smiled and said “You remembered, Thank you! He really made my dad. I never thought I’d see this day just like many other things he’s done that I’ve never thought I’d see. Grateful for the little things.